Junda Suction sandblasting machine is one of the many different sandblasting equipment, which has a wide range of applications. Presumably, many users do not understand its specific work, so it is introduced next.

The durability of the run-in object is improved, and impurities and oxidation layers are removed from the surface. The purpose of doing so is to make the surface of the medium appear coarsening process, so as to effectively remove the residual stress of the processed workpiece, effectively improve the surface of the substrate related indicators of hardness.

The combination of sand blasting machine is composed of a series of related systems, mainly a set of six systems, such as structure, dust removal and auxiliary. Its working principle is commonly used for compressed air, make through compressed air high-speed movement, and through movement inside the spray gun to form a negative pressure value, the negative pressure value will make the abrasive jet, jet of fine sand will produce certain effect to processing of the surface of the parts, the effect will make the surface of a component that needs to be processed to achieve effect. 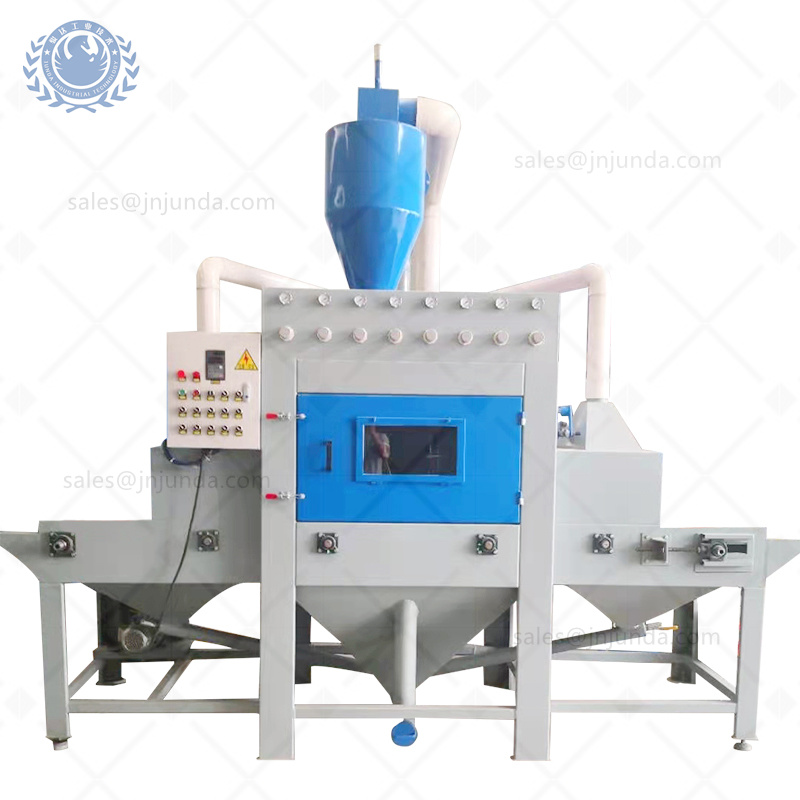